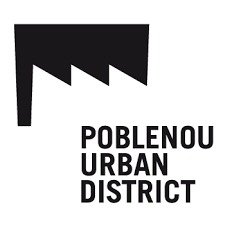 Since its inception, the Poblenou Urban District association has worked to establish the neighborhood as a new cultural and entrepreneurial epicenter within the urban framework of Barcelona, following the model of other cities such as Wynwood Arts District in Miami, or Meatpacking District in New York.

With the aim of guiding us through this still unexplored territory, Poblenou Urban District organizes a series of events and annual circuits (always linked to creation), whose main objective is to raise awareness of the richness and quality of the artistic, historical and cultural heritage of Poblenou . In addition, the association periodically publishes a guide map where the spaces that are part of this project are located.