Sebastián Boesmi exhibits in Madrid, ES: «I'm interested in the concept of camouflage» 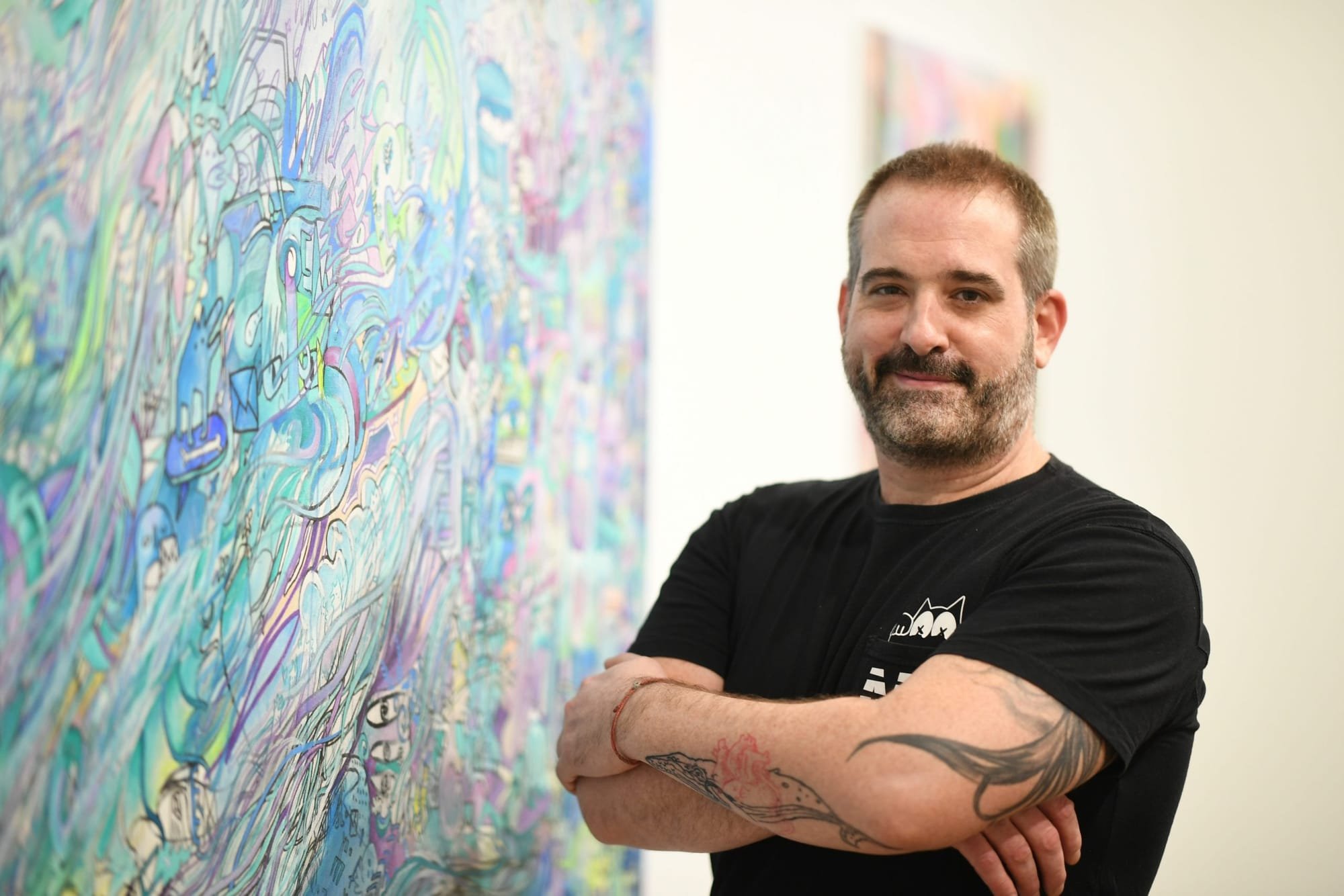 Conversing with Boesmi This exhibition has been the opportune occasion to talk with Sebastián Boesmi about his recent work. The artist defines his works as the product of his experiences and daily observations, with a strong participation of the imagination. "I am interested in the concept of camouflage, the investigation of color and certain tensions that are present in culture and nature, sometimes in a sustainable but often hostile way," he says. Regarding his condition as a traveling artist, Boesmi points out: «I find motivation in the culture of the countries where I live and work, in iconographies and symbolic elements, in abstraction, in urban art. When it comes to imagining a work I start, above all, from the understanding that not everything has to have an explanation and that there are things that cannot be controlled. The transversality that characterizes the contemporary speaks to me of the lack of Newtonian distinction of cause and effect, left-right; there is no predetermined order in the manipulation and creation of the images ”. Continuing with the motivations and concerns that underlie his work, the artist adds: «I am also motivated by the formal relationship between the micro and the macro, as it is present in nature, and the possibility that I have as a painter within a visual culture dominant to direct our gaze to events that are invisible to our eyes and perceptible only through the interpretation of the pixels of a camera. I mean events that happen in space or imagine the silence of a plant cell. Regarding contemporaneity in painting, he admits that «beyond form and color I am interested in painting because of what happens when once time freezes the image expands into space, according to José Luis Brea. I am inspired by the impact of this event, as it makes it possible for the energy of that moment to repeat itself infinitely. About the artist Sebastián Boesmi was born in Salta, Argentina, in 1980, and at the age of five he moved to Asunción. He has a degree in visual arts (FADA-UNA). In 2009 he received the Henri Matisse Prize. He moved to Paris in 2010, where he held his first solo show at Galerie Hebert Art Contemporain. This became the first of several exhibitions in Europe and Asunción, in parallel with experiences in artistic residencies and international workshops such as the Cité Internacional des Arts (Paris), El tunero (Barcelona), Marma Art Projects (Berlin), August House (Johannesburg), The Art Students League of New York (New York), Bonte Zwaan (Amsterdam), Atelier Miami and currently Bonus Taller (Madrid). He recently he studied a master's degree in Research in contemporary art and creation at the Complutense University of Madrid.